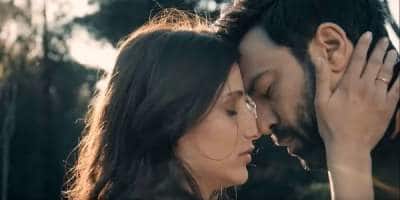 Phoebus rejects Katerina’s suggestion that she handles his court defense, but she will not take no for an answer. Michael begs Victoria not to split up with him, but fails to make her change her mind. The news of Aliki’s pregnancy make Hector very happy, but she does not share his excitement. Odysseas and Ersie push Spyros to go to Athens and support Iphigenia.
Iphigenia is downcast by the comments she reads in the forum of her fan club, and decides to shut her internet channel down.

Alekos assures Akis that Frixos, the man that had been spying on his house, is harmless. Emilios badly wants Michael to take part in one of his tv shows, and asks Akis to convince him. A young good looking man, Demosthenis Athanasiou, comes into Nafsika’s life. Iphigenia tries to support her parents, but Katerina breaks up and tries to commit suicide …

Miltiadis and Ifigenia do everything they can to save Katerina, who has swallowed all the pills she found in a bottle! Nafsika arranges to date the gynecologist Demosthenis Athanasiou. Julianna scolds her, believing that this will make Markos jealous. Miltiadis and Ifigenia sink further into depression, but Katerina pulls herself together and decides to give Phoibos all the help she can. Two young men walking in the forest find the body of Filippos Roussis, Steve’s former partner.

Aliki asks Ersie for a loan to pay for the abοrtion she plans to secretly carry out, without telling Hector about it. Eva informs Michael that Roxanne is taking him to court for their son’s custody, and the battle for Angelos begins. Michael does not accept Miltiadis’ resignation, and causes a great row within the political party. Miltiadis tells Katerina something that drives her crazy. The desperate mother slaps her husband and threatens to divorce him!