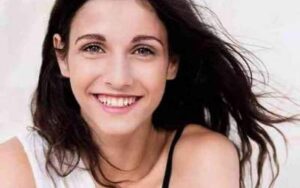 In the previous episode of the Skai tv series we saw that Nikiforos asks Eva to marry him, but his proposal is turned down. Vicky makes another attempt to communicate with Ariadne. She passes on to Ilianna some secret codes that Ariadne gives her… Nausika finally tells that her mother is no longer alive.

Nausica is an emotional wreck when dealing with Julianna’s pain and anger. She tries to make the girl realize what drastic changes are coming to her life, now that her mother is dead. Sooner or later she will be handed over to social welfare, and be taken to an orphanage… Nikiforos is very disappointed after Eva turned his marriage proposal down. Eva tries to make him understand her reasons. Things worsen when Eva arranges a meeting between Olympia and Nikiforos. The girl’s is rude and insulting, causing great embarassement. Ilianna begs Vicky to bring her in touch with Ariadne again. Roxanne is very impressive in her television interview. Loukia comes to visit, having been invited by Roxanne. When she sees Roxanne’s son Angelos, her reaction stuns the boy’s mother.

Nausica feels helpless when confronting the social welfare advisor, and does not argue when Joulianna is taken to the orphanage. Loukia confesses to Roxanne that her son died recently. Michael however pretends to be ignorant of the fact, bringing Loukia in a very difficult position. Simos and Loukas come to blows because of their rivalry over Smaragda. Hector confesses to Nikiforos that he feels attracted to Aliki…

A despaired Ilianna convinces Vicky to come in touch with Ariadne for one last time. Miltiadis has an argument with Hector, when he suggests that Aliki’s defence he must be assigned to another attorney. Ilianna is alone at home with Alekos, and the pair come closer to each other than ever before. Akis announces something to Nausika which shocks her. Roxanne finds out that Michael had been lying about his supposed visits to the dentist, and demands an explanation.