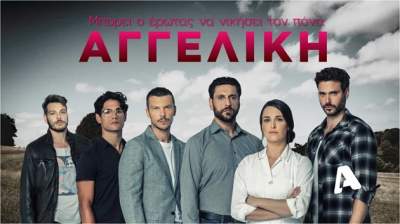 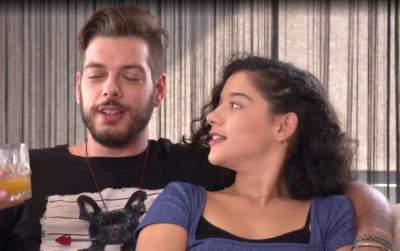 A mother, leader of her family. Four sons well protected. A young woman enters their lives being both a victim and perpetrator
A great love is born and struggles to find redemption from a past full of secrets and passions. Nothing will be the same again.

Stefanos is shocked by Makis’ revelations and his temper flares while Aggeliki watches. Aggeliki however once again supports  Stefanos to overcome this crisis. Pavlos presses Sofia to solve Giorgakis’ problem at school. Sophia is trapped between her need for a new start in life and the fear of losing her children. Eleni’s new visit agitates Olga. Athina puts pressure on Olga, wanting to find the identity of the mysterious woman.

Katerina asks Dimitris to give a chance to what feelings still exist between the two of them. Thomas has his chance to see an old passion of his be realised. Olga admits to Athina that she knew Argyros’ secret, but all these years said nothing, in order to protect her. Athina fires her, and Olga reacts unpredictably, with disastrous consquences …

Katerina and Dimitris find Olga lying unconscious and fight to save her. Nicholas talks with Jenny and Stefanos about Pavlos, and Jenny puts her own plan into action. Sophia is worried because Pavlos has taken George with him. At that same time Pavlos is being warned by Athina, because she suspects that Sophia is seeing someone else.

Michalis and Aggeliki go to the tavern where Thomas will  sing for the first time. They come face to face with Panagiotis and discover that he was the last man who had seen Aggeliki’s father alive. Aggeliki and Michalis are both shocked, and try to find out from Panagiotis what had happened the night her father committed suicide. Dimitris learns about Panagiotis’ revelations and informs Athina. Fearing that the truth about how Margarita’s father died will come to light, Athina sends Dimitris to “settle” the matter …