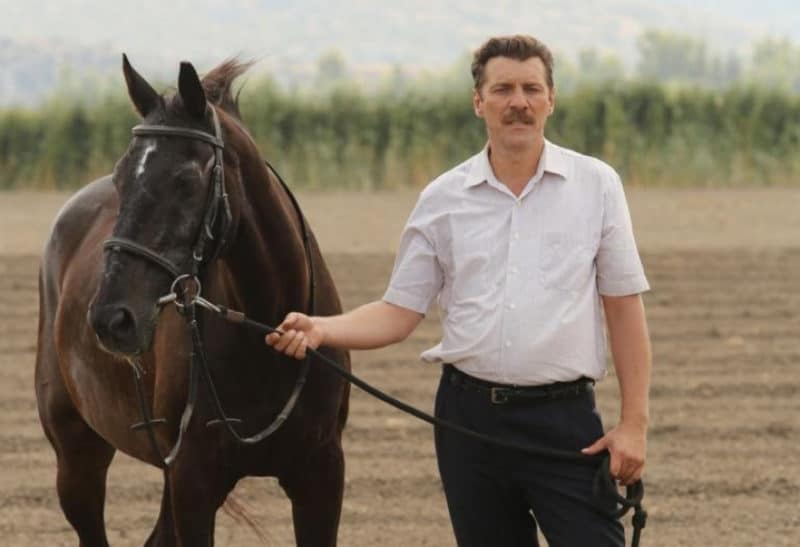 In the previous episode we saw that Dukas was furious with Thomas for blackmailing him. He decides to show the man just what he is capable of doing, to protect himself and his family. As he has done in the past, he will once again get help from Meletis, and ambush the blackmailer.

Following Dukas’ orders, Meletis attacks Kypraios, who must now fight for his own life. For the first time Kypraios realizes that Dukas can turn his threats into actions, and go all the way to the end if he needs to.

In today’s episode we will see that Kypraios is forced by Nestor to reveal the real reasons which made him come to the Diaphani village. Eleni feels shocked hearing the news about Theodosia’s pregnancy. She insists that Lambros returns back to his wife, and tells him to forget all about herself. A newcomer, Marika, shows up in the village, and her appearance triggers the unveiling of more secrets about Kyriakos’ past. All this reaches Ourania’s ears and she throws him out of her house.

Myrsini asks Kypraios for details about how Droso and Giannos are related to one another. She is convinced that Giannos was  merely a puppet, made to follow orders dictated to him by the three sisters. Eleni is about to accept Dukas’ proposal about her land, but Asimina overhears his real plans and prevents her sister from making the deal. Anet is now certain that Dukas has forged their father’s will and decides to openly face him.