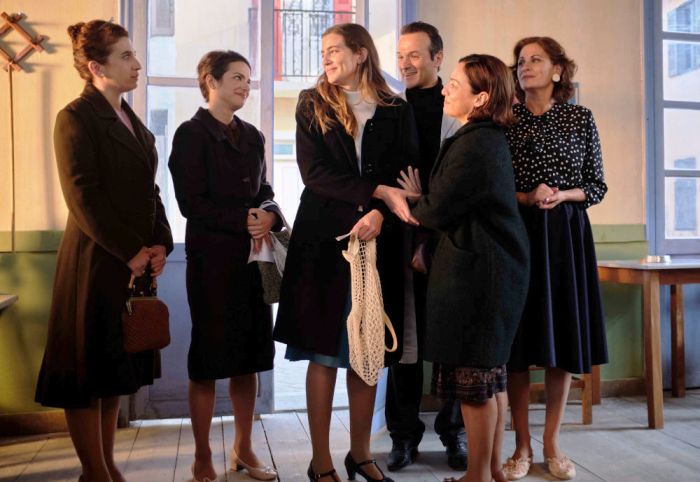 In the previous episode, Doukas makes a business proposal to his sons, but this time finds Konstantis opposing him. Themelis has suspicions about what Annette’s secret is, and Alexis surprises Pinelopi with a marriage proposal…

Sergios’ disappearance brings Eleni and Asimina against Nikiforos and the rest of Sevastos family. Pinelopi’s honesty causes problems to her relationship with Alexis, but this time Pinelopi decides to make her own decisions. Annette and Sokratis show their cards on the table and the outcome is disastrous. Konstantis decides for the first time not to help Dukas with his plans, but is forced to set the marriage date with Domna for next month .

Panagiotis decides to assist Miltiadis with his problem, but this poses potential threats for both of them. Asimina, under pressure by her problems and never ending conflicts, tries to find peace with unusual means. Eleni contacts her father’s friend in Athens in an unsuccesful attempt to track Droso down. The appearance of an unexpected ally however, will help her discover the truth about her younger sister …