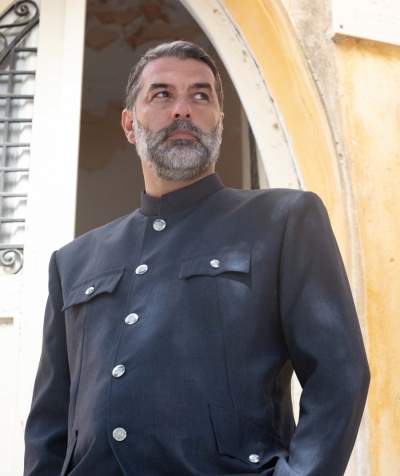 In the previous episode, Lambros reveals to Papa-Grigoris the reason for behaving like he did, and what he finds out surprises him and Violeta. Nikiforos soon finds out that Babis, Asimina’s new tenant, is not just an innocent kid. Droso continues to secretly meet Filippos, while Takis who is drowning in a sea of gambling debts has not realized what is going on behind his back …

In the village of Diafani and in the house of the Sevastos family, the news of Eleni’s escape causes a great upheaval. Droso gets into bad trouble because of the wrong decisions she made about her life, while Takis makes a shocking discovery about her. Dukas demands from all the family members to officially hand him back the property he allocated to them before he fled. Will Nikiforos obey and sign the transfer documents, or risk having his conflict with his father hit red?

The secret of Meletis and Konstantis about their illegal activities is discovered by someone who can get them in trouble. Eleni and the other prisoners are trying to escape from the police chasing them. One of the women decides to sacrifice herself to save the others. Will this sacrifice finally help Eleni and the other two fugitives?