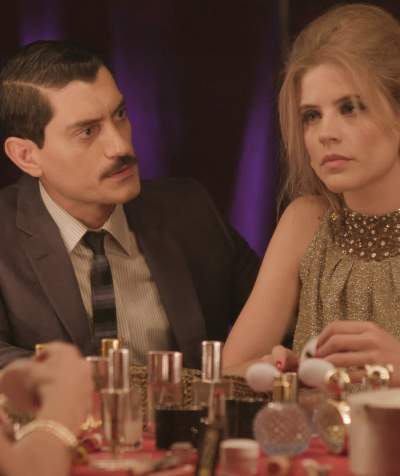 Eleni is devastated by Fotini’s death and bids farewell to Christina who leaves with Nikolas. Hatzidou and Eleni are left alone, having to make decisions about their next moves. Voskaris finds himself without allies and in serious danger of losing his job. Dukas collapses when he realizes that his son sees him as his enemy.

Myrsini comes to the resque and attempts to cheer him up, suggesting a solution to his problems. Droso faces Takis and tells him that she knows what he has done, adding that nothing will stop her from continuing to work. Konstantis also decides to keep his farms and not hand them back to his father. He departs for Athens with Meletis for business matters, but arriving there finds a big surprise waiting for him.