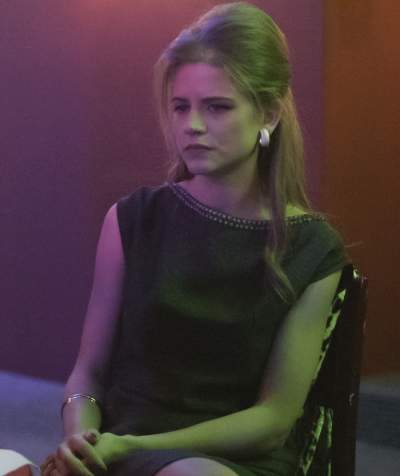 In the previous episode, Droso faces Takis and tells him that she knows what he has done, adding that nothing will stop her from continuing to work. Konstantis also decides to keep his farms and not hand them back to his father. He departs for Athens with Meletis for business matters, but arriving there finds a big surprise waiting for him.

Doukas decides to follow Myrsini’s advice and changes his attitude towards Nikiforos. Konstantis and Droso are both upset when they accidentally meet in the cabaret she works in. Takis makes an unexpected proposition to Droso… The news of Eleni’s injury spread around the village, and Lambros with Asimina hurry to be by her side.

Once again Miltiadis displays a seemingly insane behaviour which shocks the villagers. Alexis makes the decision to let Pinelopi know about his feelings for her. Eleni is fighting for her life while Voskaris strives to keep his job as the prison manager. Voscaris’ hatred will lead him back to the paths of his deadly past…