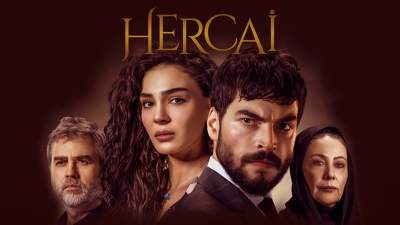 Reyyan is a granddaughter of the Şadoğlu Family, a prominent family in the town of Midyat. Her grandfather and father are very important figures in her life and Şadoğlu family. However, Reyyan never felt loved in the household by anyone except her father, Hazar (stepfather), mother and little sister.

Mistreated by her grandfather since childhood because she’s not his biological grandchild, and the only reason he adopted her into the family is because of his son Hazar, but she doesn’t know that. One morning, Reyyan goes off riding on her horse into the fields to her favorite spot that she loves to watch the sunrise. On her way back her horse almost gets hit by a car, she falls and loses consciousness. The driver of the car is a handsome young man named Miran, who becomes attracted to her. He takes her back home in his car and the story begins…In the leading roles we see the well known Turkish actors Akın Akınözü and Ebru Şahin playing Miran and Reyyan.

Miran Aslanbey does all in his power to save Reyyan. Reyyan accepts a marriage proposal from Azat, and everything is in a turmoil within the houses of the two families. A ray of sunshine appears when Miran comes accross little Gül. In the Sadoglu mansion tensions rise. Azat defies his grandfather Nasuh Sadoglu and furthermore Yaren is on the hunting path. Miran who seeks revenge, is undecided whether he should obey  between his heart or his mind. He his gun, aiming at Reyyan’s father.