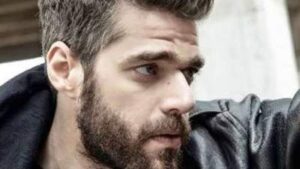 In the previous episode of the Skai tv series we saw that Eva leaves her house permanently and moves in with Nikiforos to start a new life. A mysterious redhaired woman crashes her car with Iliannas’…

Ilianna just can’t believe that the woman she crashed her car with has short red hair. Nausica can’t summon up her courage and tell Julianna the truth about her mother. Odysseas continues searching for the murder key-witness. No one however can recognise the man in his sketch. Ersie is rushed to hospital,bleeding …Ilianna meets Vicky, the red haired woman, and tells her about the dream she has been seeing lately. Vicky reacts to this with unexpected violence. Loukia rates very well in her job interview and is hired. Alekos once again tells Ilianna how much he cares about her, this time also kissing her on the mοuth…Simos is the first to recognise the man in the sketch, and calls Odysseas to tell him.

Odysseas’ hopes soar when Simos tells him the name of the murder witness. Accompanied by Spyros, he starts a new tour of the Corfu villages in an effort to find him. Meanwhile, Nausika is having a hard time, not knowing how to tell Junianna that her mother is now dead. When the child asks, she stalls for time, saying that Dora is ill in hospital. Loukia begins her job as a secretary in Michael’s office. Soon after however, she makes thoughts of resigning, not liking having to lie to Roxanne every day. Η Ilianna invites Vicky into her house and requests her help to communicate with Ariadne’s spirit… Vicky refuses, saying that in the past these things had terrified her. Meanwhile in Corfu, Odysseas is surprised when Nona tells him that she knows who the man in the sketch is.